Bufo Toads in South Florida: a Threat to Your Pet      by Dr. Mary C. Fondren  www.fondrenpetcare.com 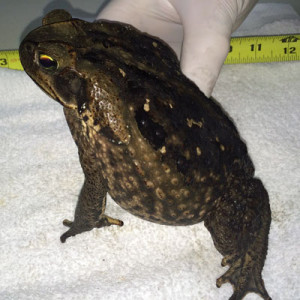 The bufo toad (Bufo marinus) (also known as marine toad , giant toad, cane toad) is a huge brown to grayish-brown toad with a creamy yellow belly and deeply-pitted parotoid glands extending down the back (1). Adult giant toads generally range in size from 6 to 9 in (15 to 23 cm) but may get larger ( 1). They are replacing the native southern toad (Bufo terrestris) in the cities of southern Florida (2).

The first attempted introduction of this toad was in 1936 when the Agricultural Experimental Station of the University of Florida imported 200 marine toads from Puerto Rico and released them at Canal Point and Belle Glade in Palm Beach County Florida to control sugar cane pests (2). The current population was released before May 1955 near Miami airport (2). It is a relatively long-lived toad reaching ages up to 10 years (3).

The bufo toad sits in an upright position when it moves and hops in short fast hops (3). When confronted by a predator, it is able to “shoot” bufo toxin from the parotoid and other glands on the back in the form of white viscous venom (3). These secretions are highly toxic to dogs, cats, and other animals and can cause skin irritation in humans (1). These marine toads are most frequently seen under the street lights of the suburbs (2).

To avoid attracting toads to areas where pets are, do not leave pet food in open dishes in the yard. Bufos are attracted to watering dishes and may sit in the rim long enough to leave enough toxin to make a dog ill. Dogs that mouth bufo toads can get a large dose of the bufo’s toxins, secreted from the skin and parotoid glands. Symptoms generally include profuse foamy salivation that looks like shaving cream, difficulty breathing, brick red gums, convulsions, paralysis, ventricular fibrillation, vomiting, and uncoordinated staggering. Untreated, the pet death rate from Bufo marinus poisoning may approach 100% (4).

Keeping your dog on a leash and well supervised when outdoors should be sufficient to prevent bufo toad toxicity. We suggest you carry a flashlight at night, so that if the dog seems overly curious about something you can check it out. These toads don’t actually attack, but a curious dog sniffing or licking the toad can get poisoned as a result.

Bufo toads (actually that’s redundant as bufo is latin for toad) are seen mostly during the rainy season (late May to mid October) and most often at night near lighted areas as they are attracted by the bugs. They are seen much less frequently during daylight hours but can be found hiding under vegetation.  One of the ways to reduce toads in your yard is to eliminate potential food sources. Leaving uneaten pet food  or water bowls out in the yard can attract toads.

At Fondren Pet Care Center we see only a few cases of bufo toad toxicity each year. By educating our clients about the potential hazards we’ve reduced the incidence of encounters with toads. The Pet Emergency Clinic sees about a half dozen cases monthly with higher rates during the rainy season.

First Aid
Immediately rinse out the pet’s mouth with a drippy wet wash cloth several times to remove any toxin from the mouth. Do not use a hose to rinse the mouth as water can easily be forced into the lungs causing more problems. Proceed to the nearest veterinary clinic or emergency clinic as time is of the essence. The smaller the pet or the larger the toad, the greater there is a risk of toxicity.   Do not attempt to treat this at home.  Untreated, the death rate for Bufo marinus might approach 100%

Control
These toads are a non-native species and are not protected. They can be removed and disposed of humanely by placing them in a plastic container (or bag) in the freezer for three days and then burying the carcasses. If you do not wish to handle the toads, contact a local nuisance animal trapper (4).

Posted On December 3, 2018
The toxic bufo toad (Bufo marinus) (AKA marine toad, giant toad, cane toad) is not your average toad. Its venom can be deadly to any… 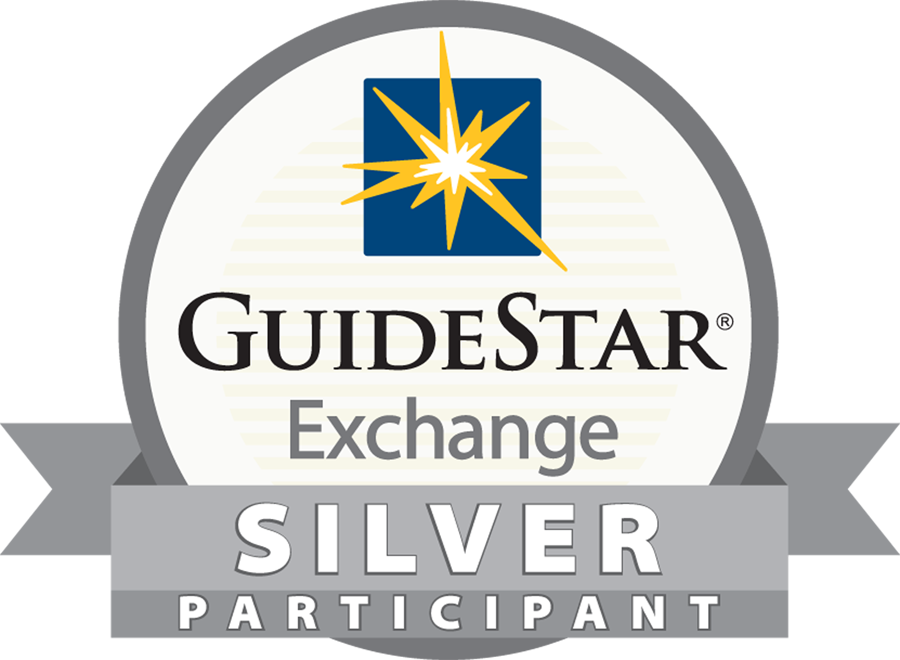